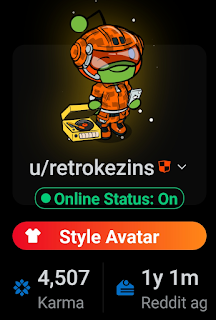 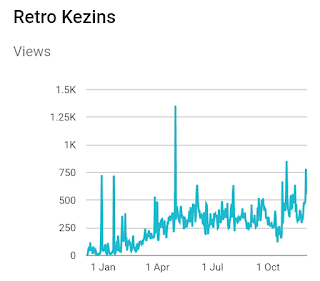 Welcome to RetroKezins.com. My name is Will aka Kezins. This non-commercial blog was started due to my growing interest in retro game handhelds, my fondness for blogging, emulation and preserving video game history.
This personal blog will be a fairly eclectic mix of game topics from all generations including modern video games. My first retro game handheld was the Dingoo A320 (2009) which I still have in my collection. I have been Gaming since the Atari 2600 days and considered myself mostly a "SEGA kid" in the 80s and early 90s.  Most of my reviews here will be on "budget" handhelds. I believe in full transparency and honesty in reviews and mine will not be influenced by outside sources.
Related Past Experience:
My blogging experience started in 2005 writing for 1PStart.com (now defunct) which was part of the 451 Press Blog Network (also defunct). Eventually, all 3 writers on 1PStart were recruited by Ziff Davis Media.
I was a news editor and marketing assistant for Ziff Davis Media (1Up Network) primarily as part of the writing team at Gaming Today (part of FileFront) from 2006-2008. Unfortunately Ziff Davis Media went bankrupt and Gaming Today was a casualty of that.
I operated the blog (Kezins.com) from 2007-2008. After that, I took long hiatus from the blog scene other than authoring occasional freelance articles between 2008 and 2010.
My Favorite Game Franchises
My favorite all-time video game franchises are Kirby,  Assassin's Creed, Souls-borne Games, Madden, Final Fantasy, Star Ocean, Metroid, Fallout, Elder Scrolls, Phantasy Star, Sonic The Hedgehog, Fire Emblem, Halo, Disgaea , The Legend of Zelda, Minecraft & Mega Tensei.
I tend to play games from all genres, but prefer JRPGs & SRPGs over most.
Other Info
Outside Gaming, my hobbies include photography, reading, hiking, and exploring. I have degrees in marketing and graphic design as well as an assortment of certificates. I'm a US Army Veteran and member of DAV and VFW. I'm originally from Blacksburg, Virginia (Go Hokies!) and currently reside in the mountains of West Virginia. I'm a huge Star Wars fanatic as well!

Sub-Reddits I Started and Mod

Retroid Pocket 2 Plus $99 Retroid Pocket 2 Plus (RP2+) Initial Review Model: Indigo (GameCube Inspired) Pre-Ordered: 10/30/2021 Shipped: 12/16/2021 Received: 1/5/2022 Initial Review: 1/12/2022 Price Paid: $99 + Shipping  GoRetroid.com Overall Initial Score: 9.3/10 (A) (Price Weighted Very Heavily with all Grades). I plan to revisit this review within a couple months with further findings and as new options become available for the device. This is an initial review based on one long week of heavy use. In the realm of "budget" handhelds, the RP2+ now officially replaces the Anbernic RG351V as my favorite budget option. The 351V was my favorite for the vast majority of 2021. It will be very tough to beat the value of the RP2+ in 2022.  The Good 👍Significantly improved Saturn, Dreamcast, DS & N64 Performance!! 👍Improved Buttons 👍Drastically Improved Firmware/UI 👍No More Retroid OS 👍Setup Is Easy The Bad 👎Right Slider Is Awful 👎Screen Is "Meh" In
2 comments
Read more

Anbernic RG-552 or Retroid Pocket 3?  We have definitely reached the point in retro handhelds where no one has the time and/or money to pick them all up. Between the Retroid Pocket 3 and the Anbernic RG-552, I'm likely picking one of the two up at some point (probably not at launch for either but at some point next year). These two handhelds will likely be strong competitors. I'm leaning RG-552 for the screen but we'll see... I'll already be fairly busy this December/January/February with the Steam Deck, and Retroid Pocket 2 Plus.  Price Final prices are not confirmed yet.  Release Dates Anbernic RG-552 is expected to become available for order/pre-order as soon as November 11, 2021 but that is not confirmed. Retroid Pocket 3 is also expected to become available for order and/or pre-order at some point in November.  Screen (Winner = RG-552)   For the moment I'm leaning towards the Anbernic RG-552 due to the fact that in 4:3, you'll get about 4.7 inch
Post a Comment
Read more

[UPDATE 1/10/22: The 4th official update from Miyoo drastically improves the screen and audio. The score I'd say now should be updated to 8.5/10.  They are tough to find,  so definitely keep an eye out on the next Miyoo restock.] [UPDATE 12/28: The 3rd Update from Miyoo moderately improves audio issues and RetroArch settings now take effect, so improvements have happened.  It looks like Miyoo used some code from Shaun Inman's work in the new update (without anyone knowing)]  *Using Update 20211226, I'm upgrading my Score on the Miyoo Mini from a 7.8/10 to a 8/10 .  Hopefully we see even more improvements in the near future...There are issues with RA Autosaves crashing games and an assortment of oddities but the latest firmware is an improvement. Some good CFW is really needed. Also appears some emulators are not utilizing screen resolution yet as they are using upscaling to the resolution, but the scaling looks a LOT better now.   *NOTE: If Updating at the moment, be sure t
Post a Comment
Read more