Update: As of August 1 2022, the Miyoo P60 appears to still be delayed due to software testing issues according to Miyoo... 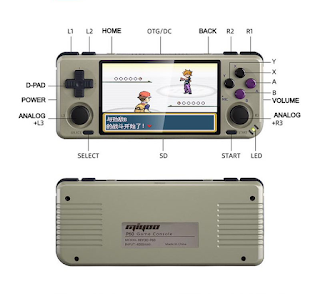 There are quite a few handhelds still coming out this year, but none have my interest as much as the Miyoo P60 due to pocketability and Miyoo's dedication to improving their products.
Prior to the Miyoo Mini, I didn't have a lot of confidence in products that Miyoo was involved in like the PocketGo S30 and BittBoy handhelds, but they've proven they are invested in supporting their products with the Mini which has drastically improved since the day it released.
While a lot of companies like Anbernic  have products that have crept up into premium level pricing, the P60 looks to be headed towards budget pricing and will likely compete with the Retroid Pocket 2 Plus and Retroid Pocket 3.
We've been talking about the P60 for a while now too. It seems the delay in release has to do with Miyoo ironing out some software issues which is honestly great news. Most of these companies don't care if the software works or not. Miyoo seems invested in making better products.
The best guess at the moment is that the Miyoo P60 will be ready by July or August. It will run Android 9 (or possibly 10) and handle everything up to about PSP level well. It should be powerful enough to run some PS2 and GameCube games too. With 3GB RAM and a 800x480 4" 5:3 IPS touchscreen, I expect it to fall within the budget realm of under $150. Hopefully it's closer to $100 to give the Retroid Pocket 2 Plus a run for its money.