Overall Initial Score: 9.3/10 (A) (Price Weighted Very Heavily with all Grades). I plan to revisit this review within a couple months with further findings and as new options become available for the device. This is an initial review based on one long week of heavy use.

In the realm of "budget" handhelds, the RP2+ now officially replaces the Anbernic RG351V as my favorite budget option. The 351V was my favorite for the vast majority of 2021. It will be very tough to beat the value of the RP2+ in 2022.
The Good
👍Significantly improved Saturn, Dreamcast, DS & N64 Performance!!
👍Improved Buttons
👍Drastically Improved Firmware/UI
👍No More Retroid OS
👍Setup Is Easy
The Bad
👎Right Slider Is Awful
👎Screen Is "Meh"
In The End
This was a tough handheld to review. There are many things to love about it and some not so great things,  but for $99, it's absolutely the best $ for $ retro handheld at this pricepoint, especially if your interests are in Dreamcast and N64 games. I would not suggest this handheld for PS2/GameCube. This is just my initial review as I plan to re-evaluate things again in a couple months. I do wish they had gone with a much better screen and could have raised the price a little... Regardless, the RP2+ is almost the Swiss Army Knife of Budget Retro Handhelds as it can do a little bit of everything and quite of few of those things well.
What's nice is seeing Moorechip constantly improving their handhelds without jacking up the price (Anbernic style).  The RP2 was an improvement over over the the Retroid Pocket and the RP2+ is an even further improvement. 5x more powerful processor than the RP2, double the internal storage,  double the RAM, touch-screen functionality and improved buttons make the RP2+ an excellent deal. 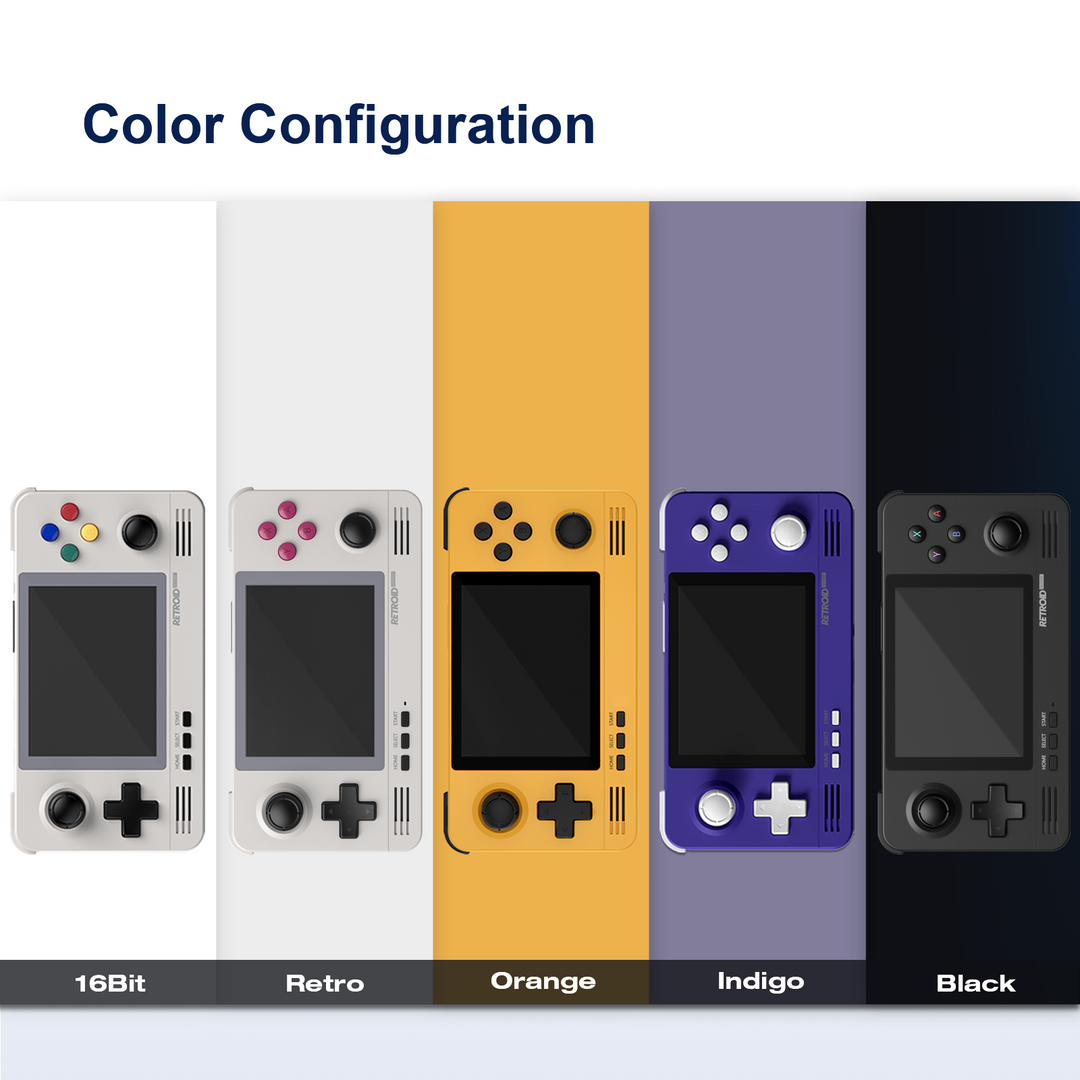 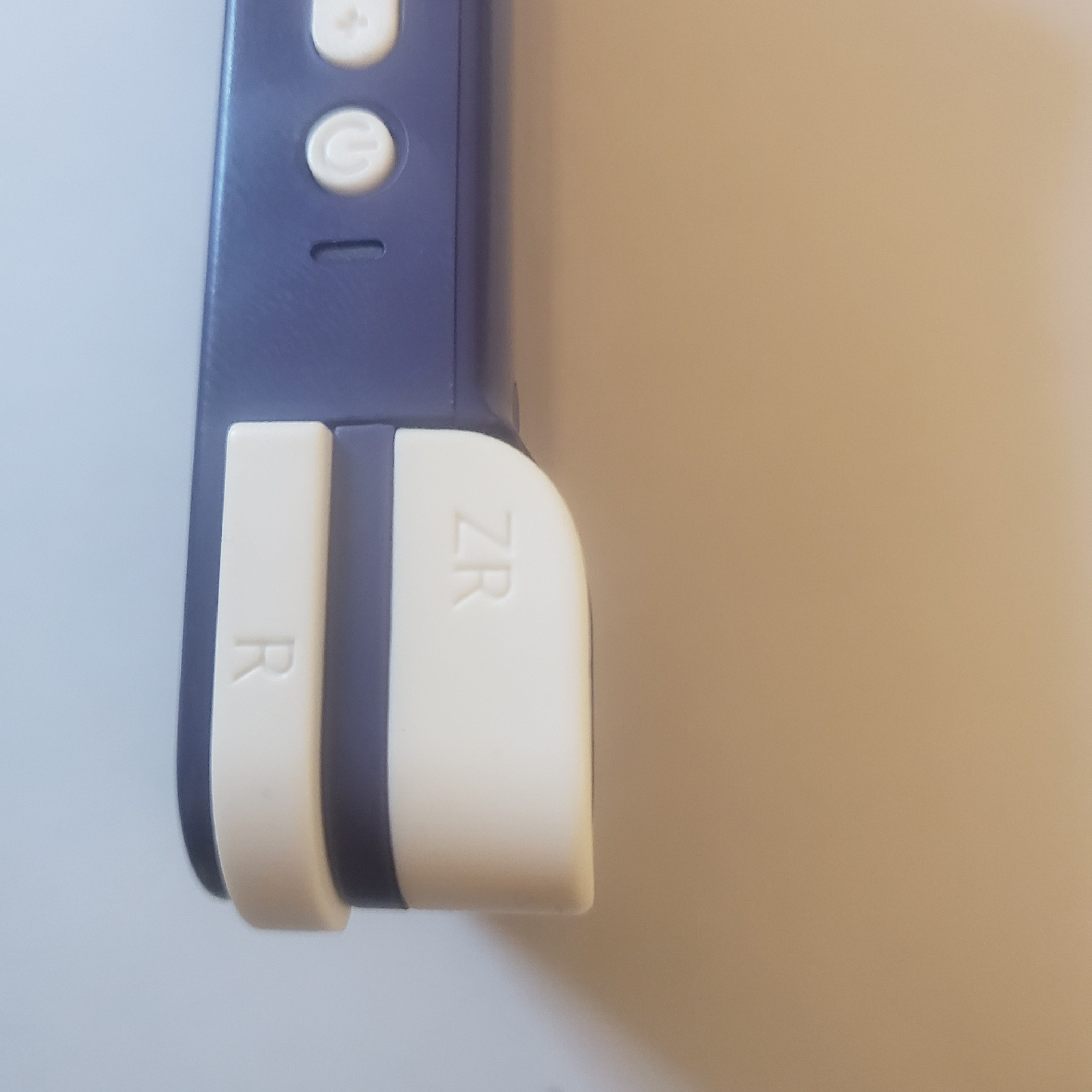 Sound (A)
The dual front-facing stereo speakers are pretty good. They are positioned perfectly and I haven't heard sound this good out of sub $100 handhelds. Using wired headphones is an even better experience with the RP2+. Sound quality does vary depending on what software or app you are running.
Battery Performance (A)
Battery Performance is considerably improved over the original. I get probably an hour more of gameplay out of this battery and the battery charges in about half the time. Battery % does not always register accurately, so it's tough to measure performance accurately. Hopefully they can address this with a firmware update.
Steam Link (B) 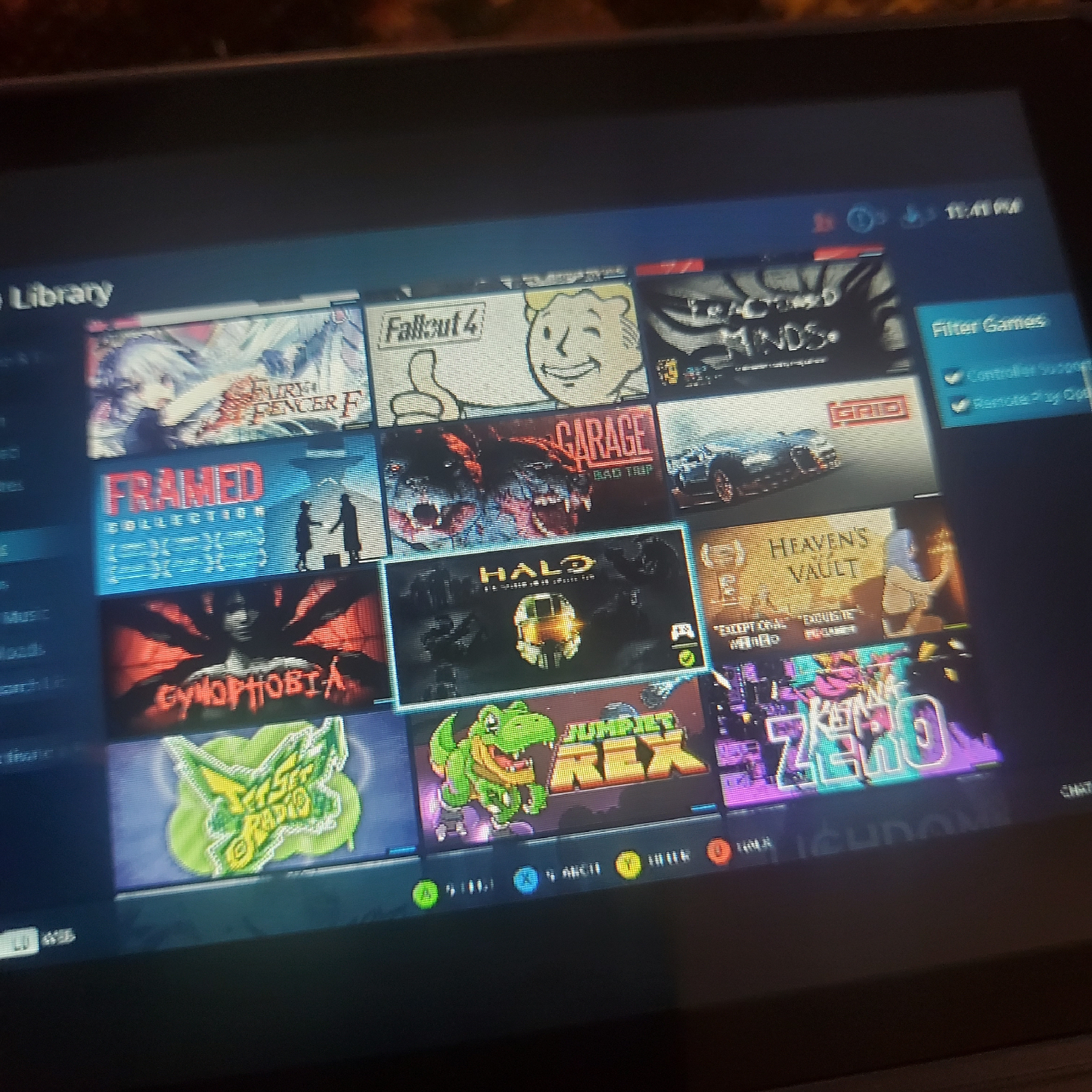 Steam Link (app) is a pretty decent option to play some Steam games on your RP2+ away from the computer. The Good news is that it recognizes the RP2+ as a device and controls immediately. The Bad news is that high resolution games have text and menus that are hard to read. This can be somewhat adjusted on the computer prior to streaming though. I didn't experience any input delays using the RP2+.  Streaming seemed to average around 35MBPS and audio was excellent.
Bluetooth Devices (A+)
Bluetooth and WiFi file transfer was a lot slower than it should have been, but Bluetooth Devices seem to work well.  I connected numerous Bluetooth controllers and they all worked out great with no input delays you often see with devices. Bluetooth headphones work out well on this device as well with no noticeable delay as well.
Key Specs (A+)
Suggested Links & Resources
RGC Review: https://retrogamecorps.com/2021/12/29/review-retroid-pocket-2/
RP2+ Game Compatibility (Performance) Spreadsheet (Community): https://docs.google.com/spreadsheets/u/0/d/103503TsnahFfuBKGlFAqC2r69acWaf578I6TEZuZDP4/htmlview#
Reddit Community: https://www.reddit.com/r/retroid
Retro Dodo Review:
https://retrododo.com/retroid-pocket-2-plus/
PCB Upgrade Option (B)
The PCB Upgrade Option is an Industry First and an option owners of the original Retroid Pocket 2 can use to upgrade. I love the idea behind this to extend the life of handhelds when they become obsolete but the pricing should have been a little lower. At $99 for a fully assembled RP2+, I didn't see a lot of value in paying for the PCB Upgrade and having to do the work myself. Hopefully upgrades become an industry standard in the future.
QC Concerns
Quality concerns have started popping up already with the first batch of RP2+ units, but I'm not sure how widespread it is. I am under the impression that they are offering to ship people screen replacements. There also appears to be common issues with the "16-bit" version where too much paint was used causing loud and sticking buttons. Most of the issues with the handheld can be fixed pretty easy DIY style it should be noted.
*The manufacturing issues with the 16-bit model have reportedly been addressed and fixed at the factory for the future. 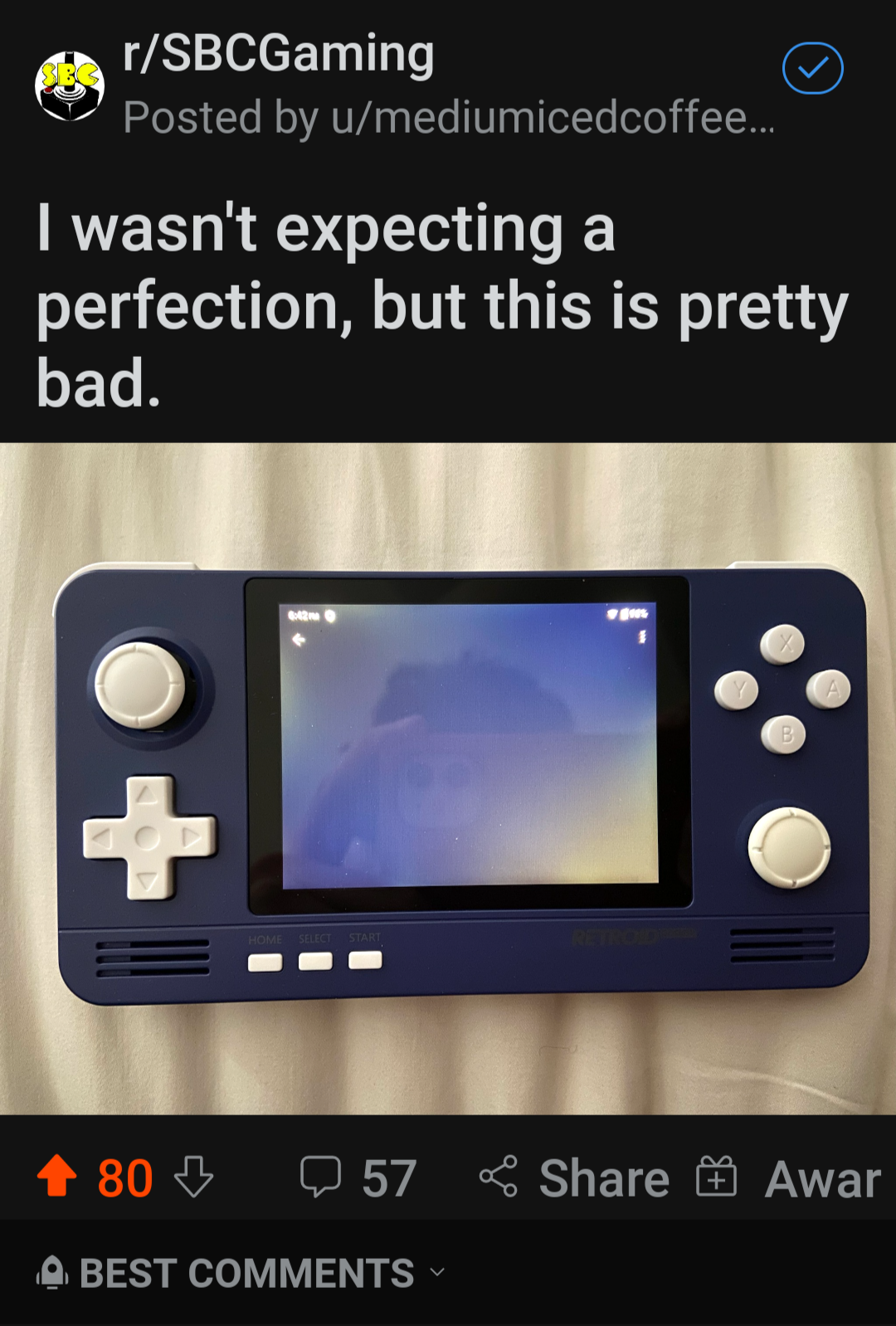 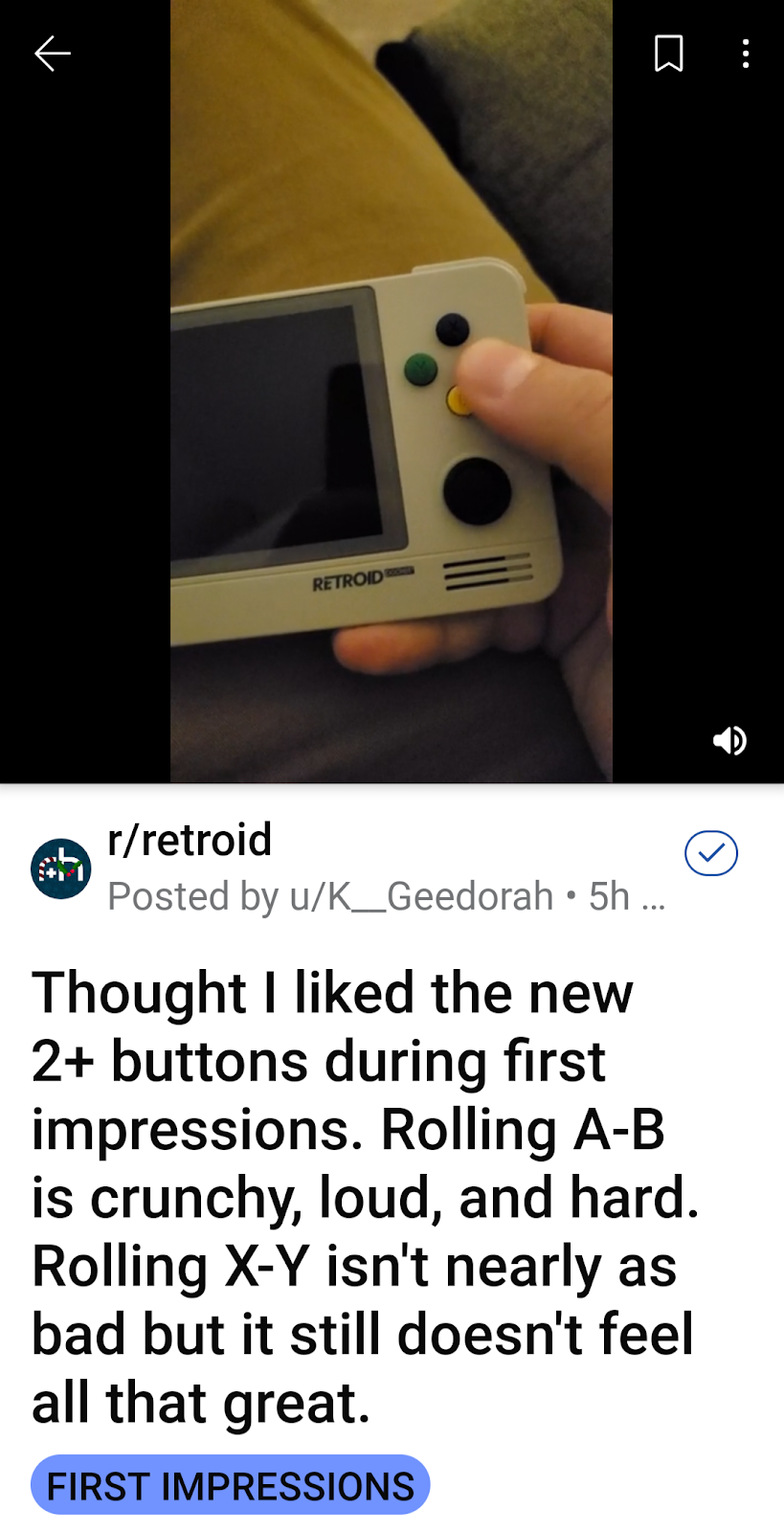 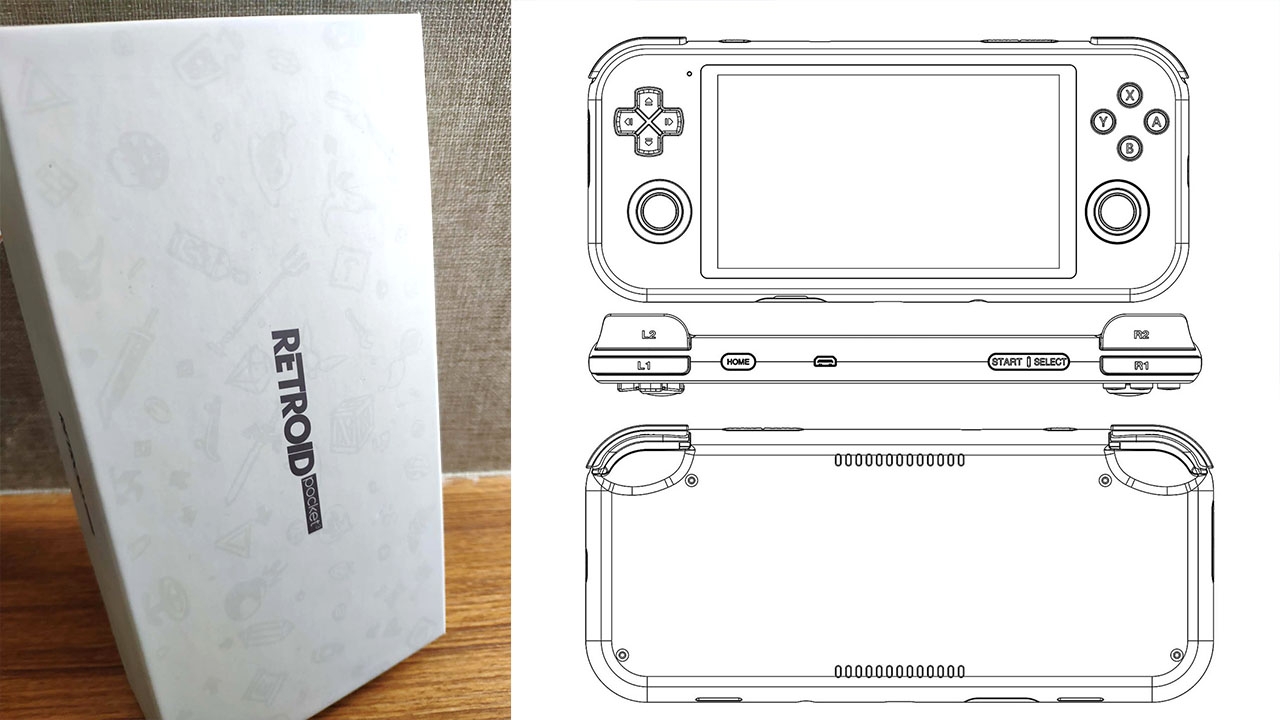 There's not much recent information on the Retroid Pocket 3 but it's expected to release or pre-order early 2022. I'm not a big fan of the RP3's screen size for retro gaming but two proper thumb-sticks and more RAM will make it a nice option. The RP3 will have the same basic specs as the RP2+ with the only differences being two proper thumb-sticks with L3/R3 functionality, possibly more RAM and a 4.7" 16:9 higher resolution screen.
I expect to post a more definitive review of the RP2+ within a couple months...