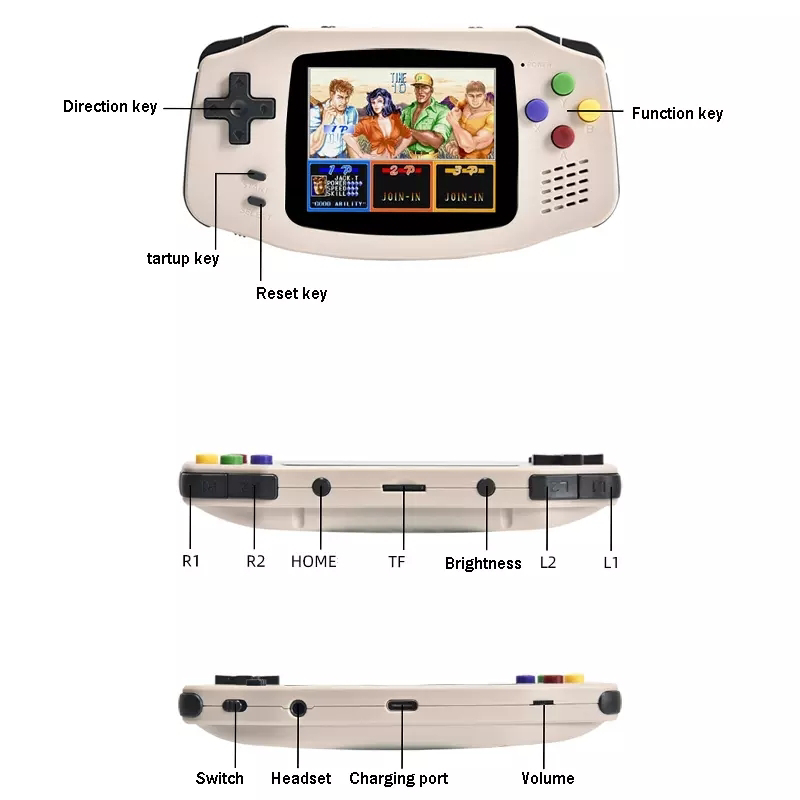 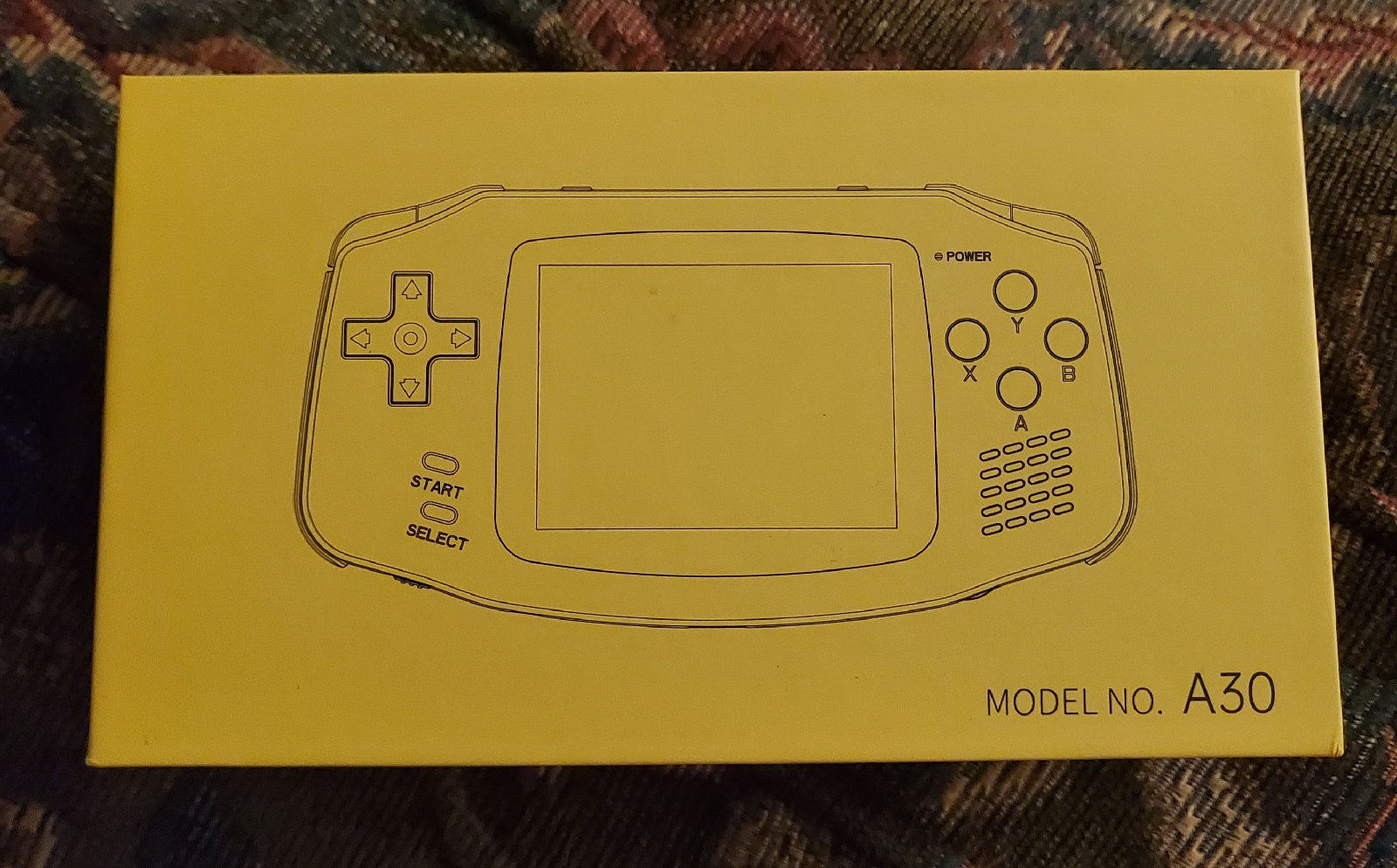 Overall Score: 4/10 (Stock Setup)
The PowKiddy looks cool and has a fun Game Boy Advance retro aesthetic, but that's about it. Anyone hoping for an improvement over the TrimUI Model S (PowKiddy A66) will likely be disappointed unless custom OS workarounds become available. The result is a handheld that looks "ok" but functionality is pretty limited. 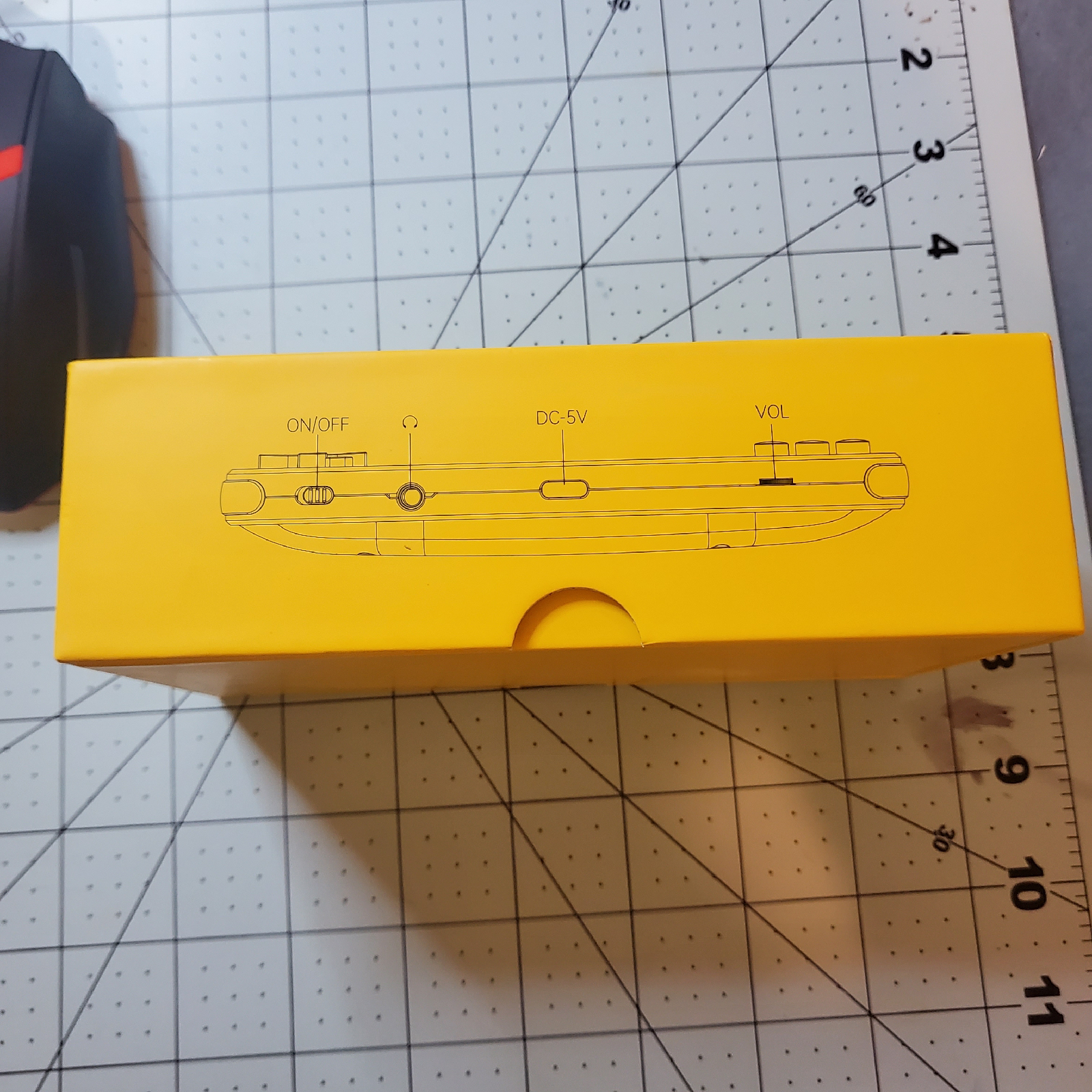 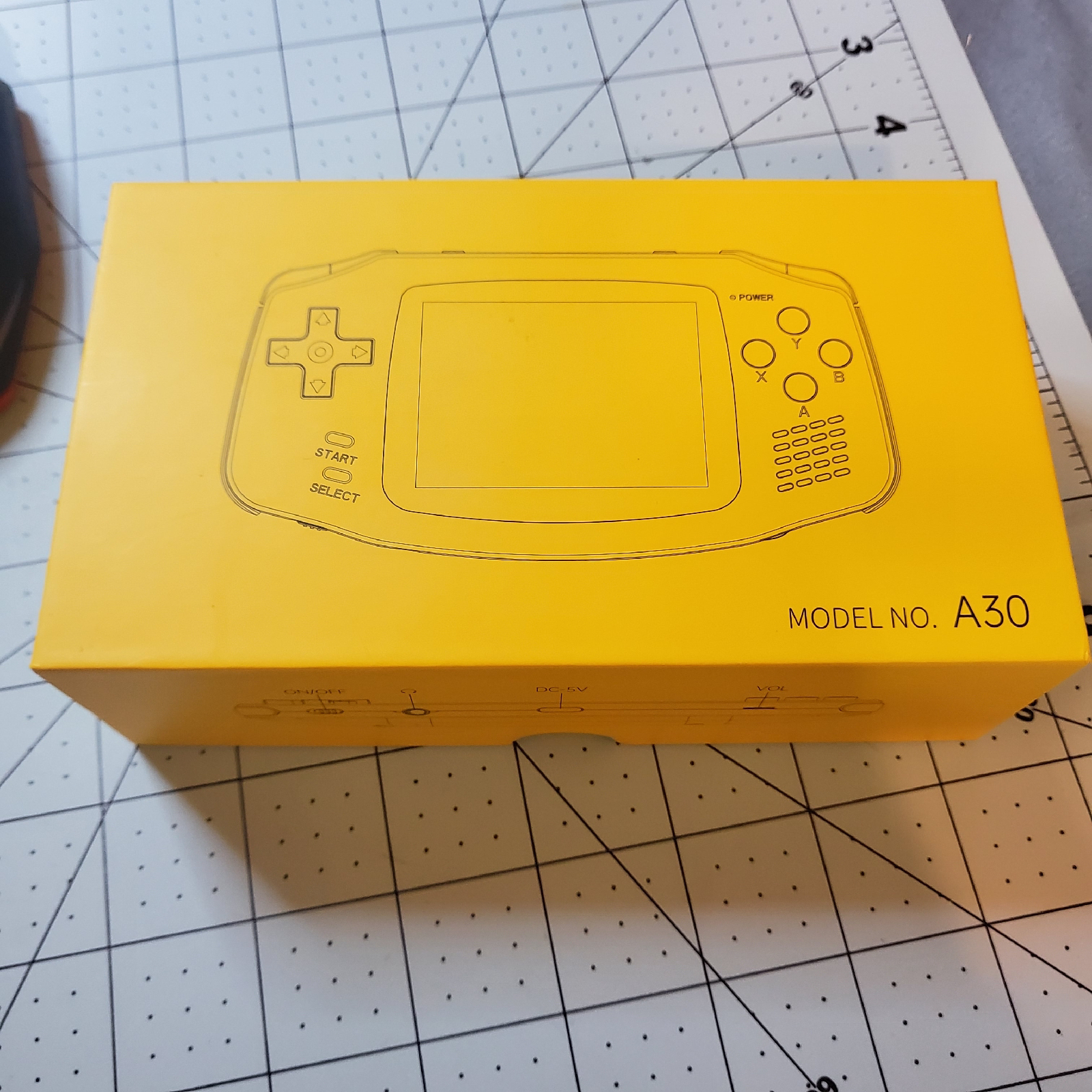 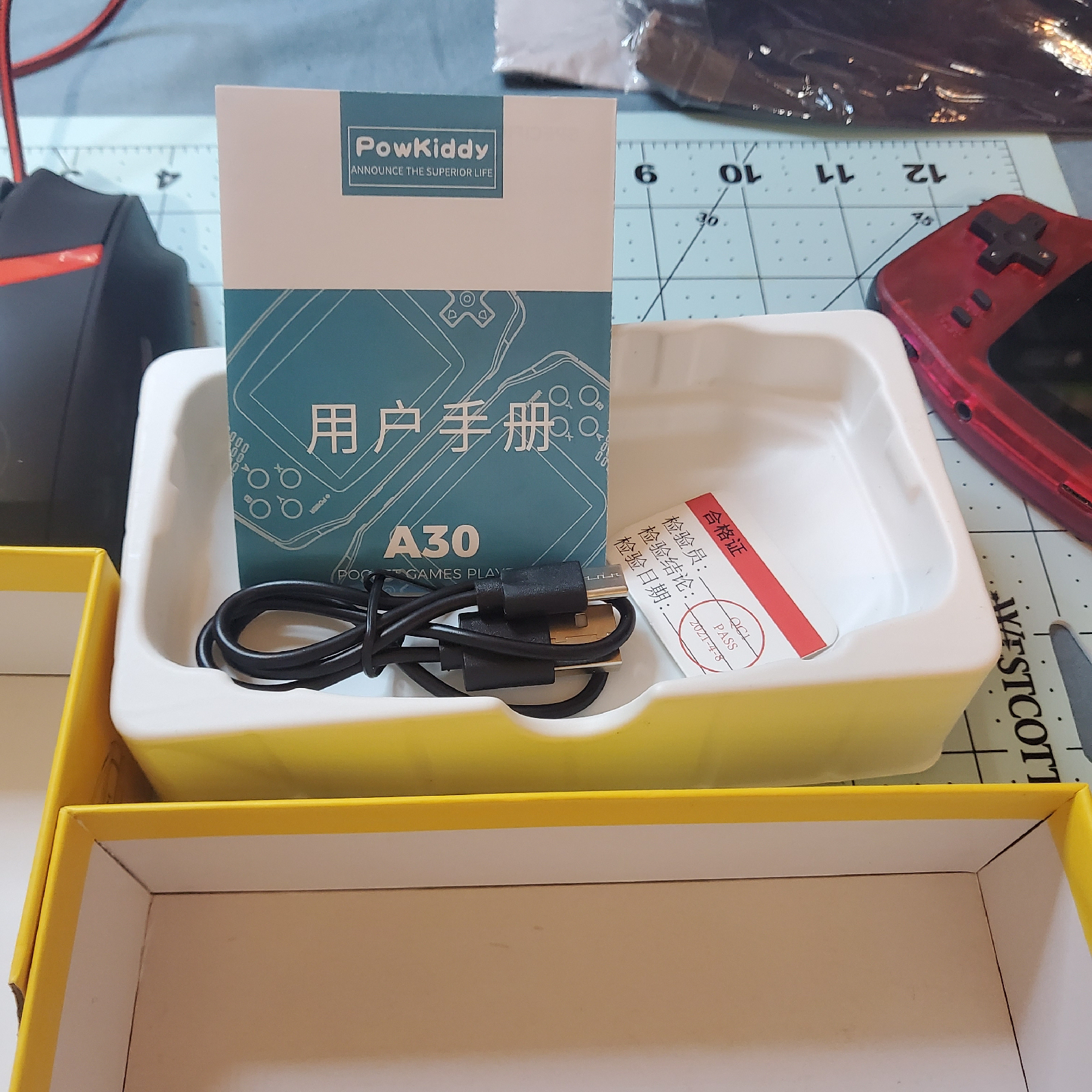 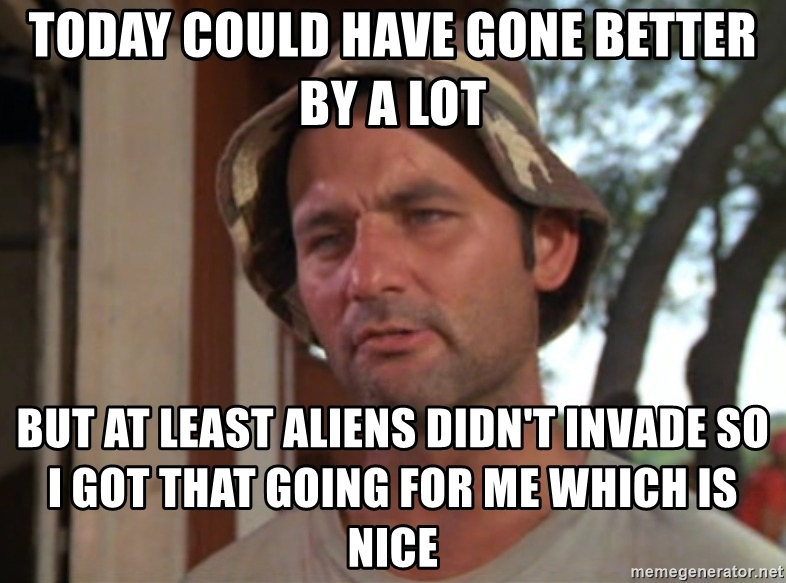 The saddest part about the PowKiddy A30 is that it looks good and wasn't that far away from being a good buy. PowKiddy seems to just crank out handheld after handheld but doesn't take the time to make them good...
The Good
👍It looks nice, so makes for a decent shelf collectable.
👍For a near Micro-sized handheld, it's still a comfortable size for extended sessions.
The Bad
👎The TrimUI firmware is a mess!
👎Xbox Face Button Layout! (Reversed Buttons that can't be re-mapped)
👎Rattling L1/L2/R1/R2 Buttons.
👎Tinny Speaker.
👎Buttons are responsive but way too "clicky".
👎Screen Tearing
In The End
With some custom options like the MinUI/GMenuX workaround with the TrimUI Model S (PowKiddy A66), this could be a 7/10 type handheld for the price, but it doesn't sound like the odds of getting a community workaround for this one is very high. If some custom options or workarounds do become available, I'm definitely interested in revisiting this handheld in the future. Otherwise, it's not a purchase I'd recommend.
OS/Firmware Options (F)
The stock OS on the handheld is basically the same as the final stock OS for the TrimUI Model S, and that's not a good thing. It appears to possibly be a build that's the same but has a few things stripped out of out of making the possibility of running MinUI on it very unlikely. A glaring flaw with the stock setup is lack of customization options and no safe shutdown option. How any company can release a handheld with no safe shutdown option is beyond me...
PowKiddy has always been very hit or miss with quality but it seems like they are interested in shoveling out handhelds at a fast rate, but not very interested in whether they work well or not. It's hard to complain when paying less than $60 but there are far better options available in the same price range.
Build Quality (C-)
Surprisingly, the build quality isn't terrible for the price. The shell feels a little nicer than most  budget PowKiddy devices and it looks good. The buttons could have been a little better,  but it's PowKiddy. Hardware-wise, this handheld is more less the same as the TrimUI Model S with a better screen. From an ergonomic standpoint, this handheld is not bad. It's tiny, but still pretty comfortable to hold and use for extended periods of time. 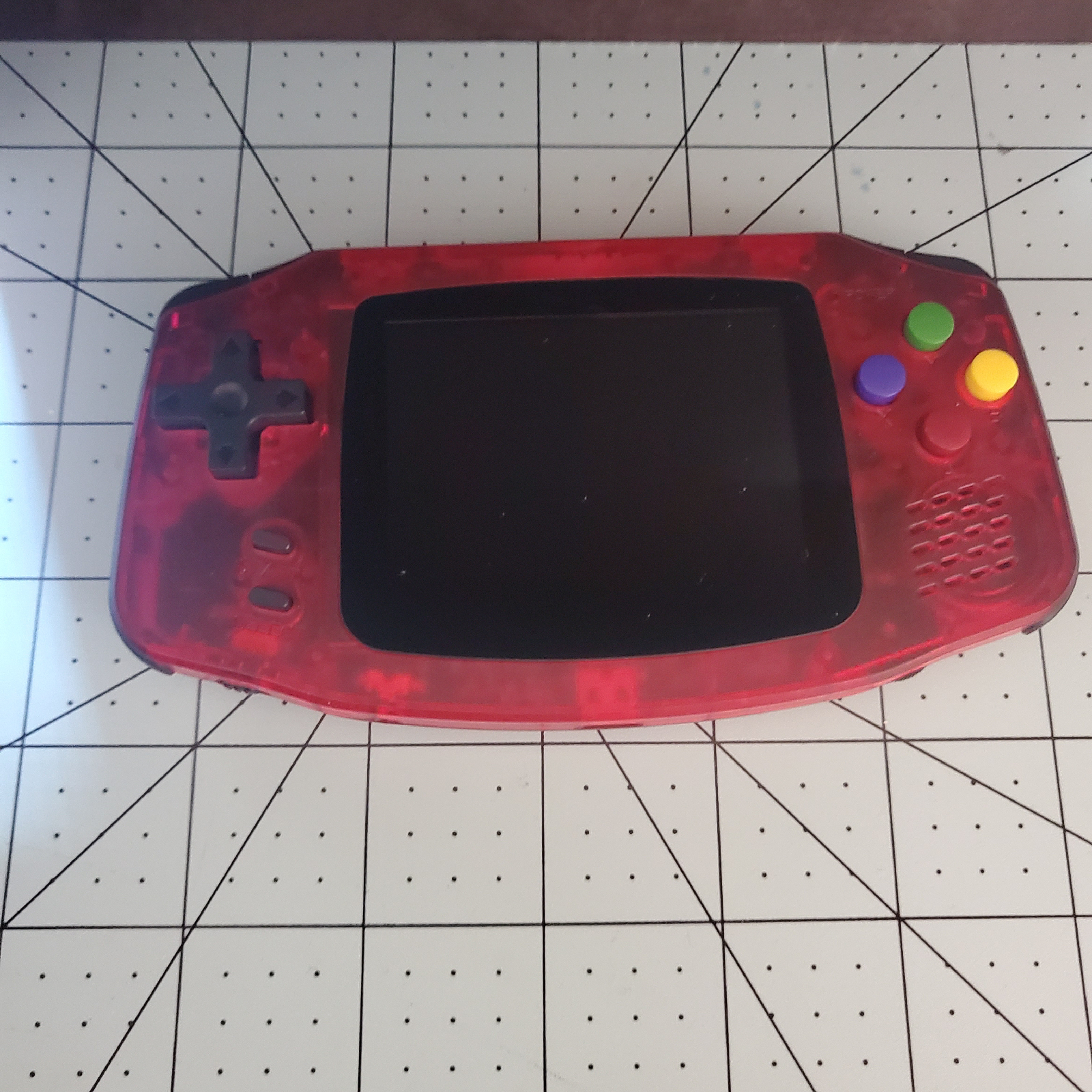 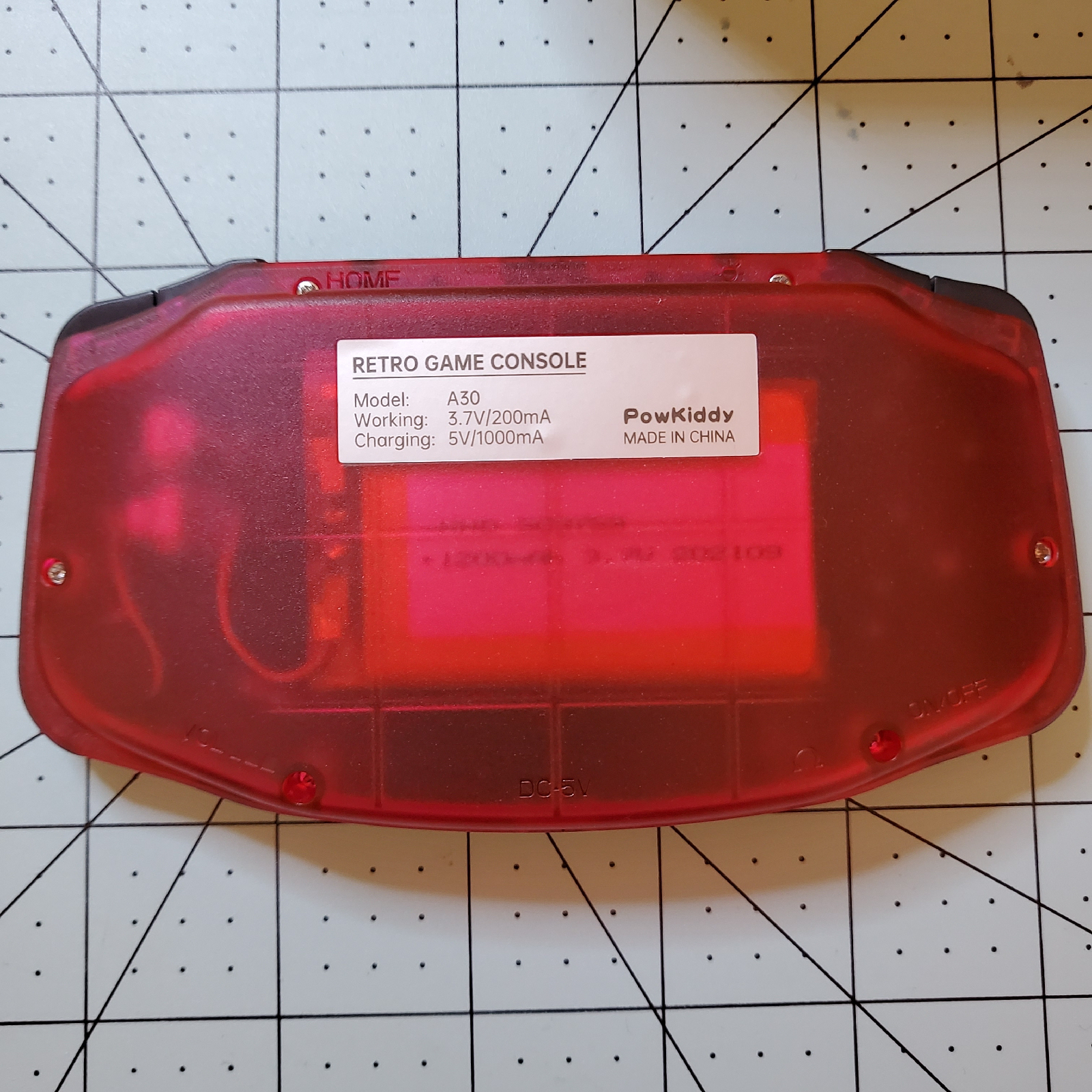 Screen (D)
The screen on the PowKiddy A30 is a mixed bag of good and bad. It's an improvement over the TrimUI Model S in ways, it's larger,  brighter, and the screen tearing/screen driver issues are not nearly as bad as the Model S was out of the box. Screen tearing is still an issue. A little screen tearing was acceptable in the past with "cheap" handhelds but that's no longer the case. You can buy handhelds at below this price point today that are better.
The main problem with the screen is that it's a little too bright but reducing screen brightness even one step makes the screen way too dim. With a better OS setup, the screen could become average. There is a little bit of light leaking and light bleed around the edges of the screen as well which a simple DIY flashing fix would mostly solve.
Emulation Performance (D)
While the hardware is certainly capable of running 8-bit and 16-bit era games pretty well, the dumpster fire that is TrimUI OS really hamstrings the device. At this point in the retro handheld world, you can get better performance in the same price range and even well below the price range of the A30.  While the device can handle some games "all right", slight screen tearing here and there, strange framerate drops and an awful OS killed any chances of the handheld being good.
Buttons (D+)
The d-pad is OK and fairly responsive but that's where the quality of the buttons  design ends. The four face buttons bizarrely have an Xbox style layout (Reversed Buttons that can't be re-mapped) and with the terrible OS, there's no way to remap them. 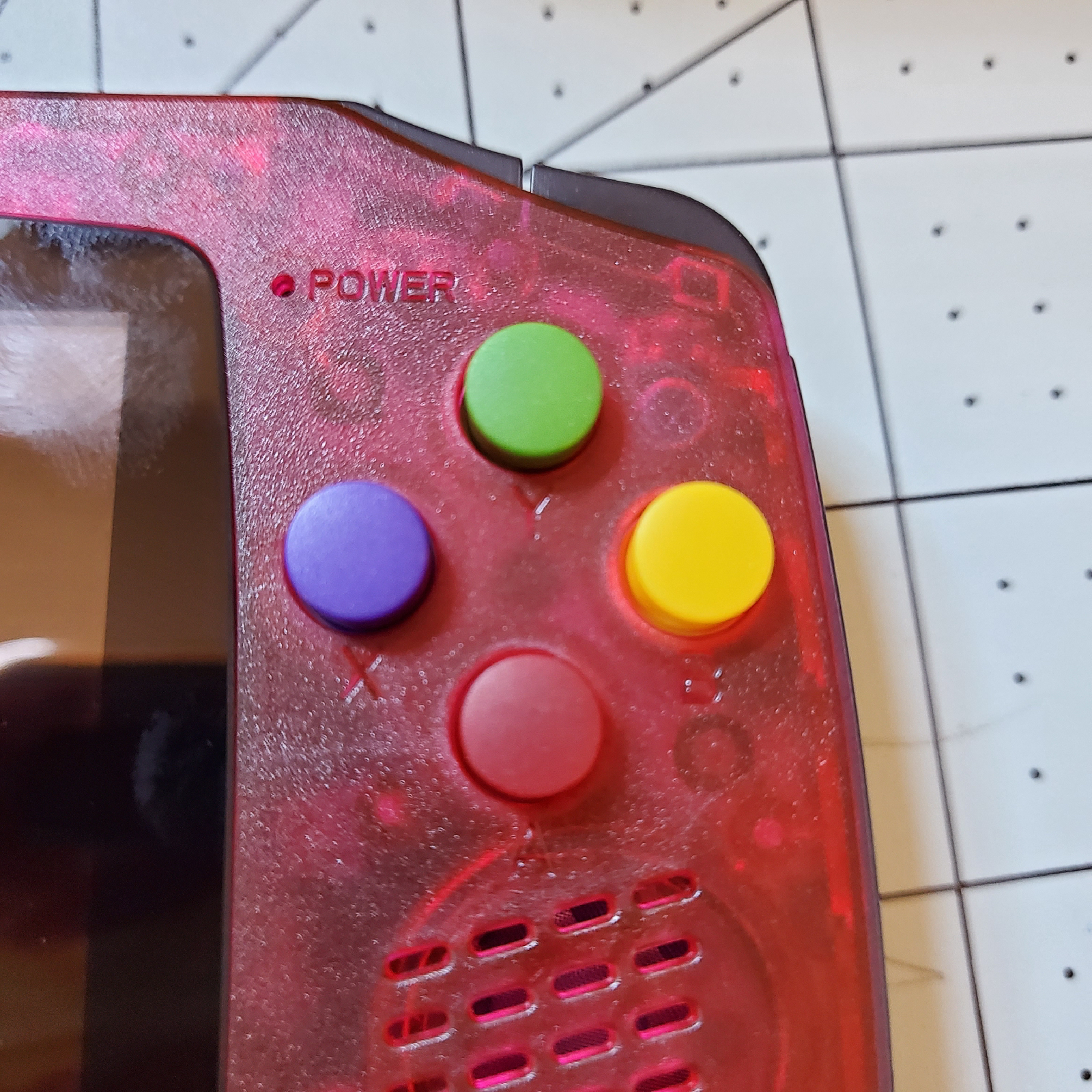 Face Buttons are pretty responsive, very "clicky" as well,  but cheap and have a little too much travel to them. 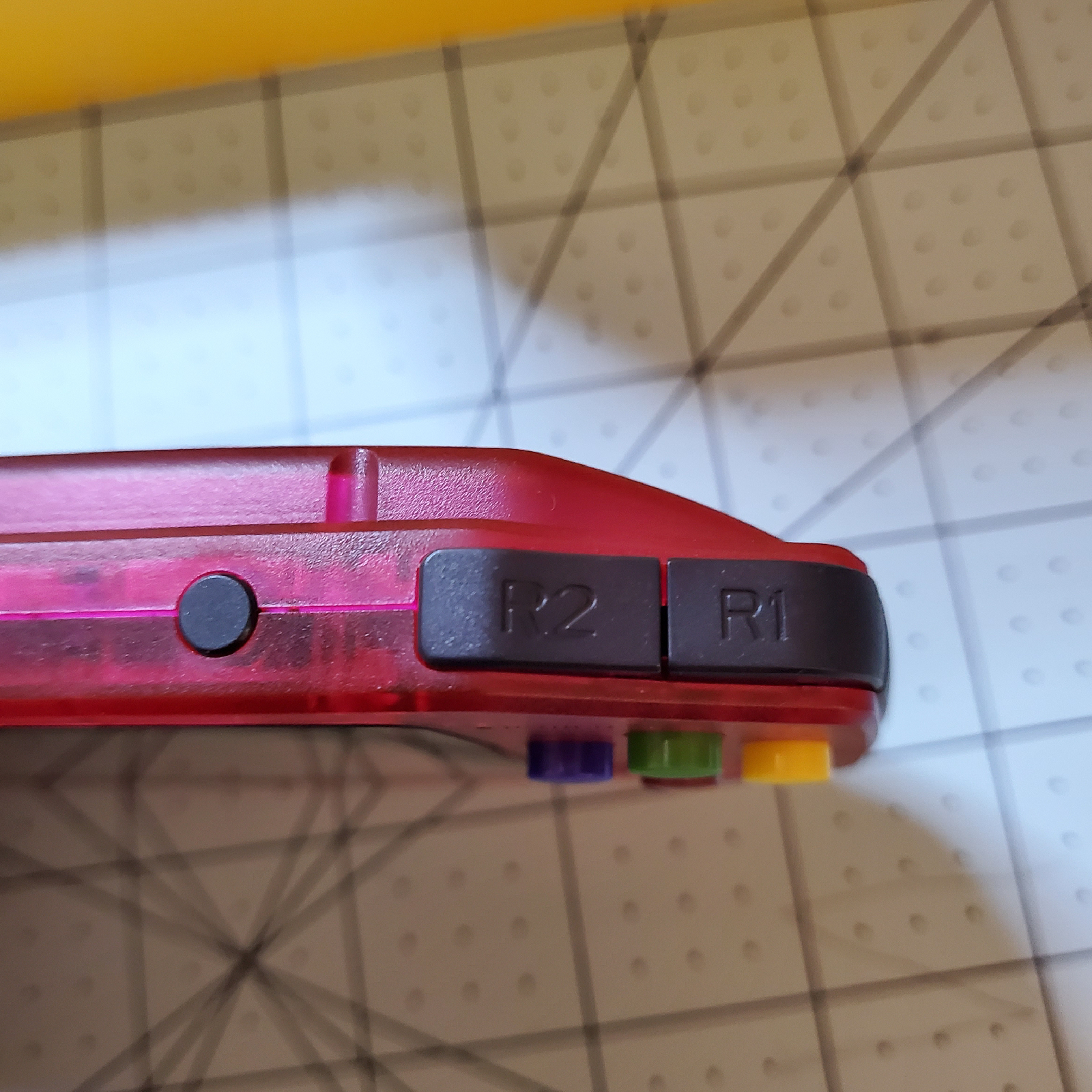 The triggers are also very clicky and are loose with the classic PowKiddy rattle. At some point you'd think PowKiddy would make handhelds even at this price point that don't rattle, but we haven't reached that point yet. 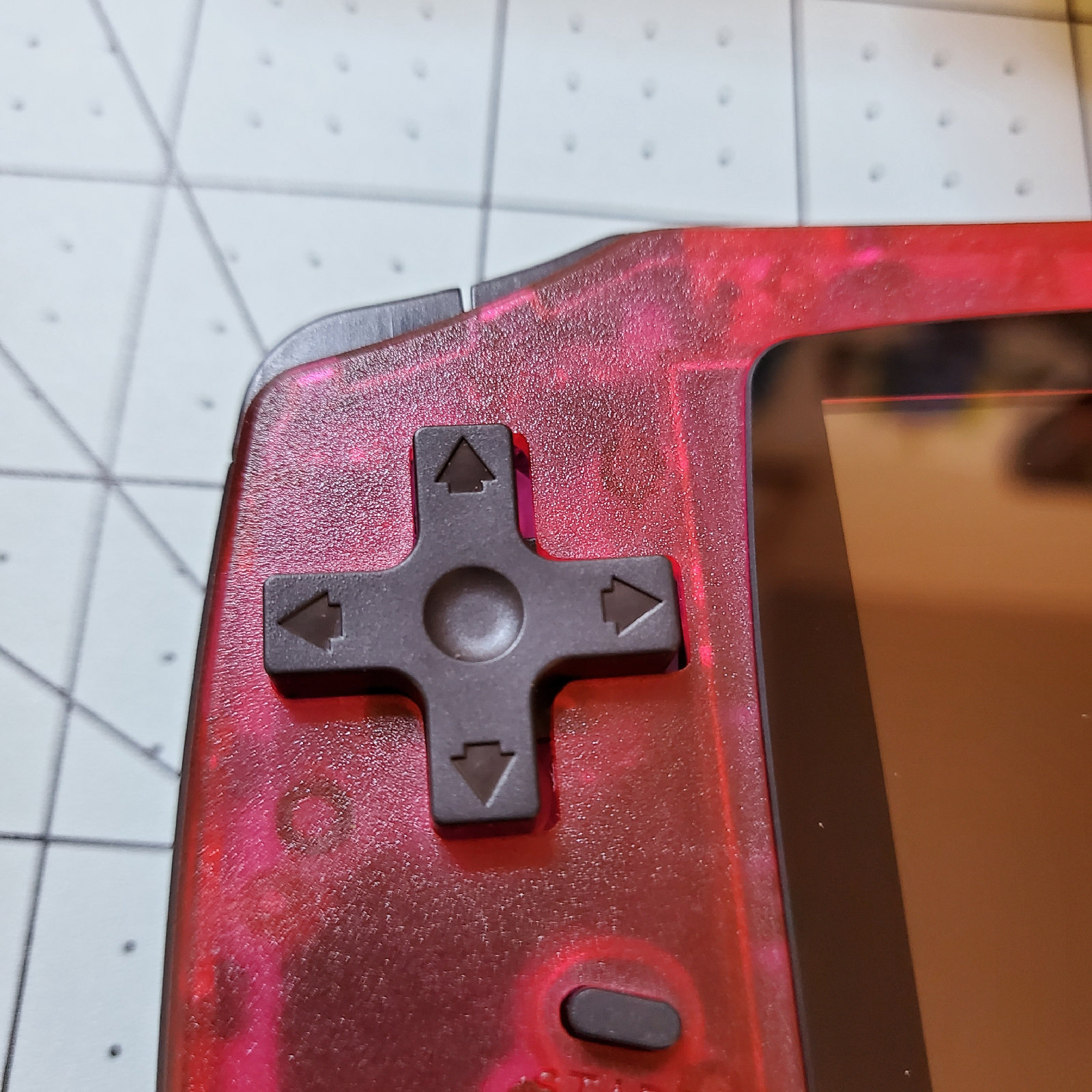 Sound (F)
The sound is "tinny" and near obnoxious unless turned down low. I definitely would not purchase this handheld if sound is important to you. It's nice that they added a sound wheel instead of buttons but it's not a very good one.
Battery Performance (B)
Battery performance on the handheld is pretty good. You'll get at least 4-5 hours out of every charge. They use a battery that's pretty easy to find a replacement for as well if that ever becomes necessary.
Specs
🟠Form Factor - Landscape
🟠OS - TrimUI
🟠SOC - AllWinner F1C200S
🟠CPU - ARM926-EJS
🟠Cores- Single
🟠CPU Clock Speed - 628 MHz
🟠Architecture - ARM
🟠GPU - 2D Accelerator
🟠RAM - 64MB LPDDR2
🟠Screen -  Plastic 4:3 2.8" 320x240 IPS w/142.86
🟠Battery - 1200 mAh
🟠Charge Port - USB-C
🟠Storage - External microSD
🟠Audio Output - 3.5mm
🟠Speaker - Single Front Mono
🟠Size - 136mm x 72mm x 19mm
🟠Weight - 120 Grams
A Few Better Small Retro Handheld Options Currently In The $75 and Under Price Range:
*Retroid Pocket 2
*Anbernic RG350
*PowKiddy V90
*PowKiddy A66 (TrimUI Model S)
*Miyoo Mini (Likely but haven't tested that one out yet)...
What Others Are Saying:
https://youtu.be/Q7c9XSgjXKo