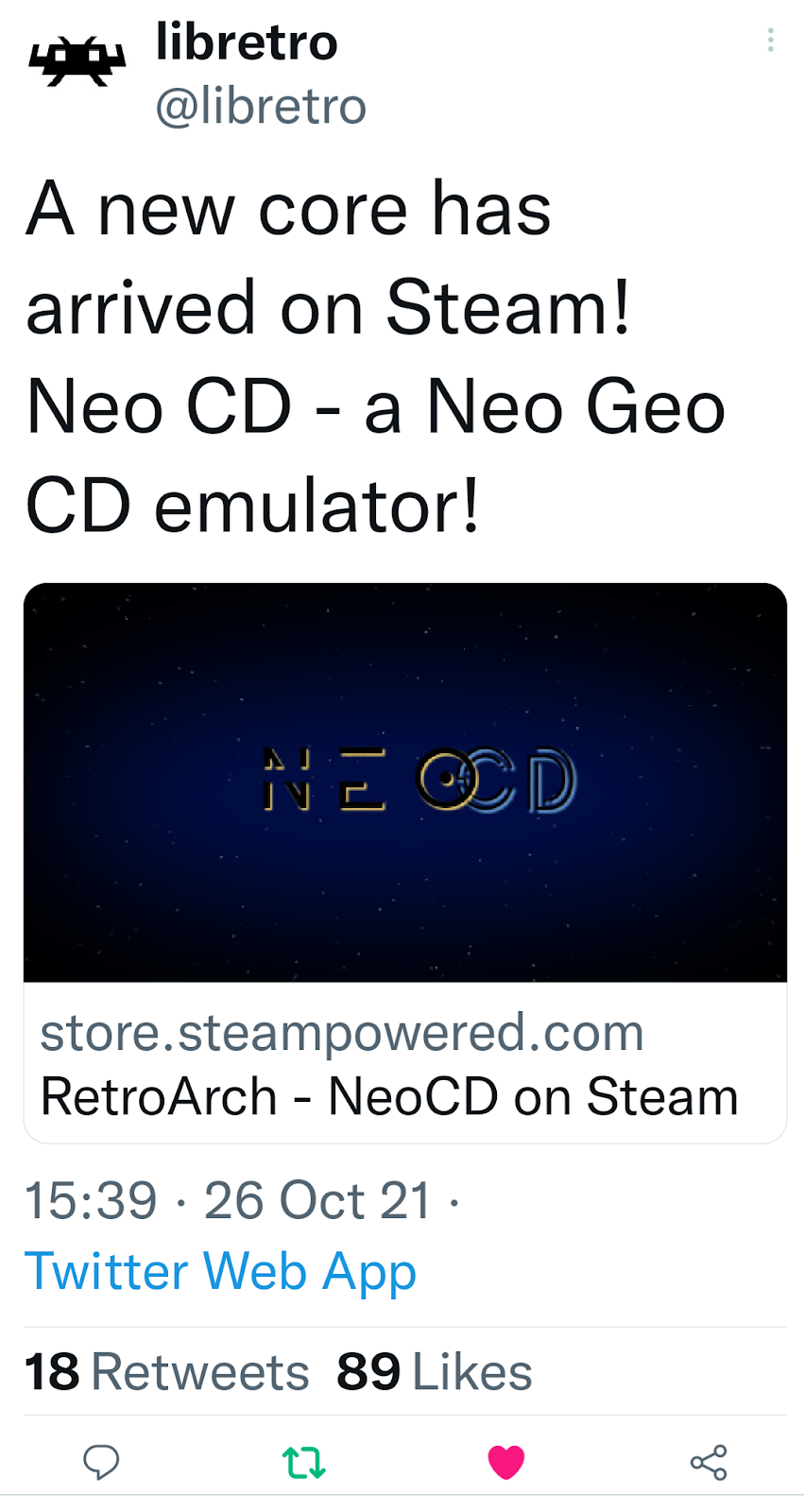 https://twitter.com/libretro/status/1453083863094382594
So much going on lately, this bit of info slipped past me yesterday but it looks like libetro has added NeoCD Cores to RetroArch on Steam. This could be great news for future Steam Deck owners.
NeoCD is a Neo Geo CD emulator originally coded by Fabrice Martinez including full audio playback  and Joystick support.  Hopefully with some controller profiles this will be easy on Steam Deck.

The Neo Geo CD is a console I did play back in the day but sadly didn't own one personally. Games ran $49 to $79 which was drastically cheaper than Neo Geo cartridges. 3 different models came out and SNK sold more than 570,000 units worldwide. Long loading times and failure to jump into 3D gaming somewhat doomed the system. While the console had some limited success,  ultimately it went down as a commercial failure.