August 20, 2021
The Odin retro handheld from AYN Technologies crowdfunding page (Indiegogo) went live yesterday so a lot of people will be wondering if they should take the risk and fund it now or wait...
https://www.indiegogo.com/projects/odin-the-ultimate-gaming-handheld#/
For me, I'm sitting this one out at least for now. The ceiling for the Odin is pretty high as it could end up being a great handheld that can handle up to GameCube and Wii level emulation. I also have to admit the Steam Deck killed a little bit of my excitement for the Odin. Prices on Odin after these "early bird" reserves are finished are expected to rise and that makes the Steam Deck even more attractive in my opinion. We'll just have to see how things go. I genuinely hope Odin does really well but my intuition says that there's a lot of potential red flags here.
Hopefully I'm not sounding too negative here because this could turn out to be an awesome handheld. There's just a lot of unknowns... Only one YouTube reviewer has hands on time with it which is also a bit alarming.
As of 8am this morning, the project is well over $300,000 funded so funding is not an issue. A low % of crowdfunded campaigns are this successful in one day but there are quite a few successful game related campaigns that were fully funded but ended up delayed or never shipped out at all so there is high risk with these things.

Odin Models
One thing that seems like a red flag to me is that there are 3 different models of the Odin as you have to choose between Base, Pro and Lite. If this was a well known company with a track record it would make more sense. It's seems strangely ambitious for an unknown product to come out of the gate with so many different options.
What started out being promoted as an "under $200" handheld all of a sudden is not under $200 in reality.  There is a $175 Lite model perk left (ships a month after Pro) but after taxes and shipping, it's over $200. The Odin Pro is currently $265. On paper they still look good and are priced fairly but there's a lot of mystery left to this. 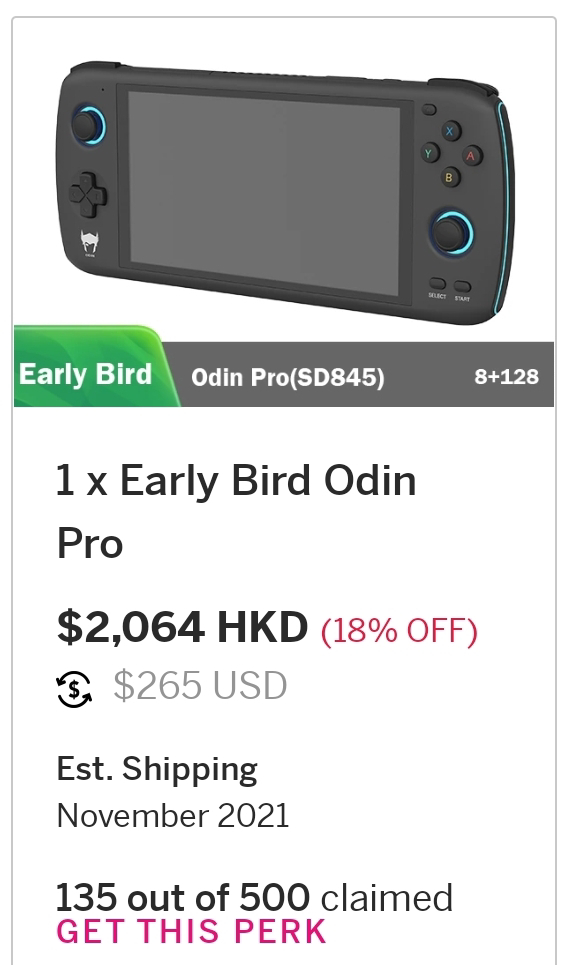 AYN Technologies
The Odin is being created by AYN Technologies a relatively unknown company with no track record that I can find. Perhaps the people behind AYN are well known in their local market but they seem to be fairly mysterious to me.  The vast majority of information and rumors on the Odin came from Taki Udon's YouTube who does have a track record of uncovering legit rumors but we didn't know what company was even making the handheld or the handheld's name for quite a while.
https://www.ayn.hk/
microSD Issue?
One thing I noticed immediately is that the Lite version runs Android 11 and the Pro version runs Android 10. Rumor has it they had issues using microSD cards on Android 11 and the two models use different processors. Perhaps this means the microSD issue will be fine on the Lite (or not fine) but the more powerful Pro it was never ironed out for 11.  This does give me some pause as the better Base/Pro versions may not be upgradeable to Android 11 in the future unless community developers rescue it (which is likely to happen)... 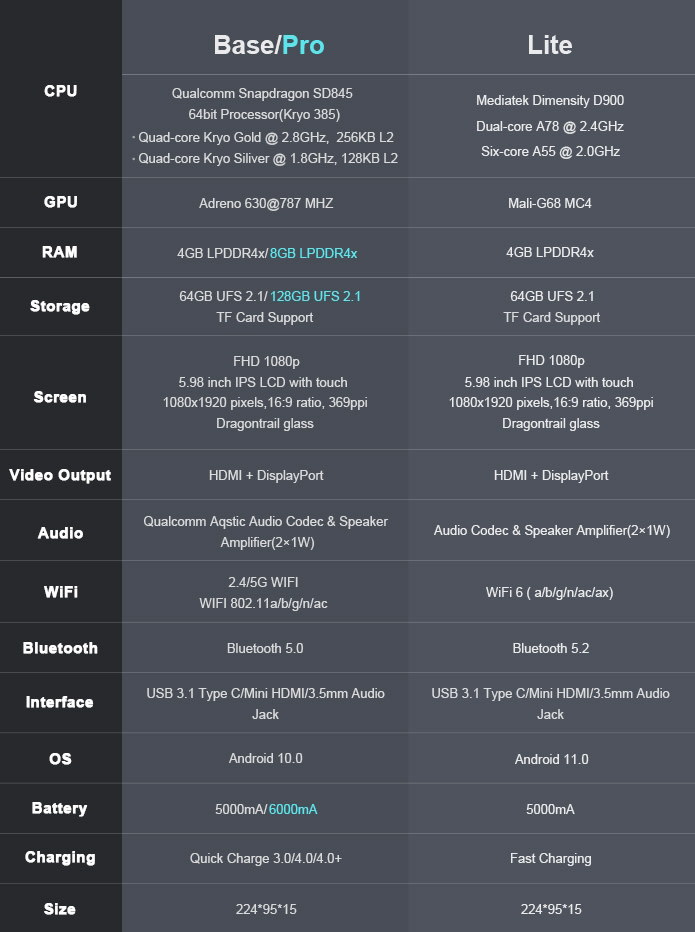 Retroid Pocket 3
It sounds to me like the main competitor(s) for the Odin may be the Retroid Pocket 3 or Anbernic RG552 in the future and both may come in at well under  the cost of the Odin.
What Others Are Saying
https://retrogamecorps.com/2021/08/18/is-the-odin-handheld-too-good-to-be-true/