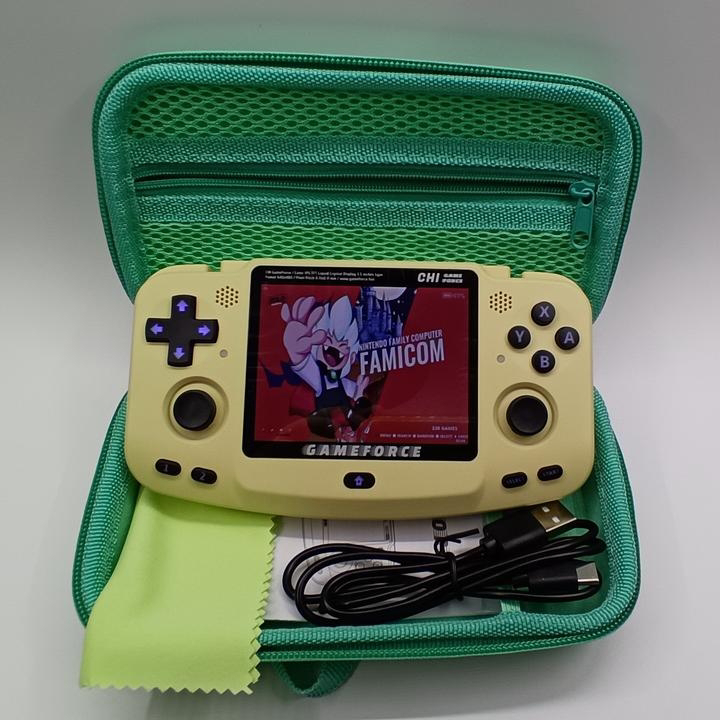 I've been looking forward to the GameForce releasing for a while now and it can finally be ordered at the link below for $95 plus $15-$30 shipping placing it at and slightly above the RG351V depending where you live which is $108.99 (including shipping) in price. It's pretty late in the RK3326 game but the GameForce does offer a 4:3 screen (TFT), dual thumb sticks and a horizontal orientation as possible reasons to buy instead of a 351V for those who weren't interested in the vertical design.
GameForce.fun 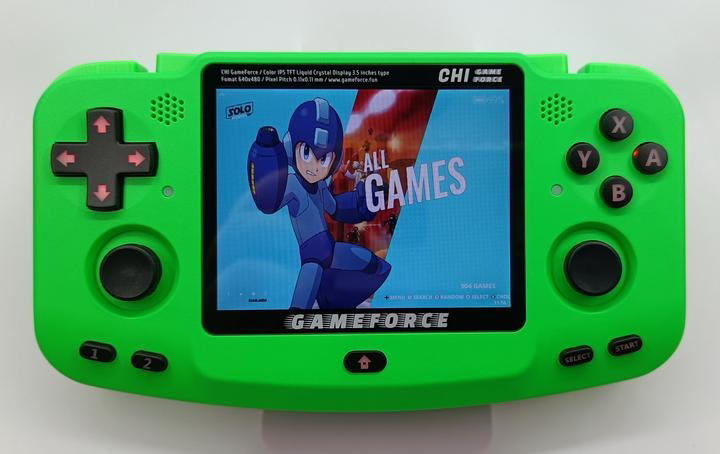 To me the negative may be price. I was expecting a price around $89.99 and was hoping that would include shipping. This system is pretty unique and has a lot of potential though. The backlit buttons are a nice thing we haven't seen with these retro handhelds.
Gameforce.fun
Final Specs:
CPU: ROCK-CHIP RK3326Quad-core Cortex-A35 up to 1.5Ghz GPU: Mali-G31MP2Memory: 1GB DDR3LScreen: 3.45 inches TFT IPS screen,Resolution 640X480, Response time 10-15ms, Viewing angle 85 degreeCharge and Data port: USB-Type CCharging voltage: 5V. 2ABattery: 3000 mAhMemory Card support: TF card, up to 512GBWiFi: WiFi Built-in, 2.4Ghz bandBacklights: 3 Colors LEDsDual Speakers, Dual Joysticks, Dual Vibration MotorsSystem: EmuELEC and RetroArch (Does not come with a micro SD card so you have to install these on your own)... 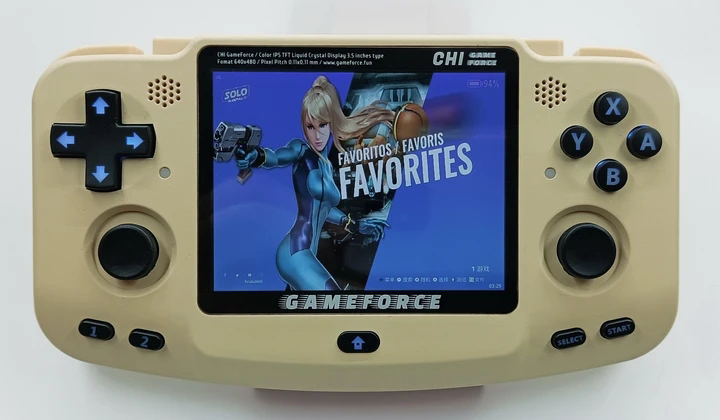 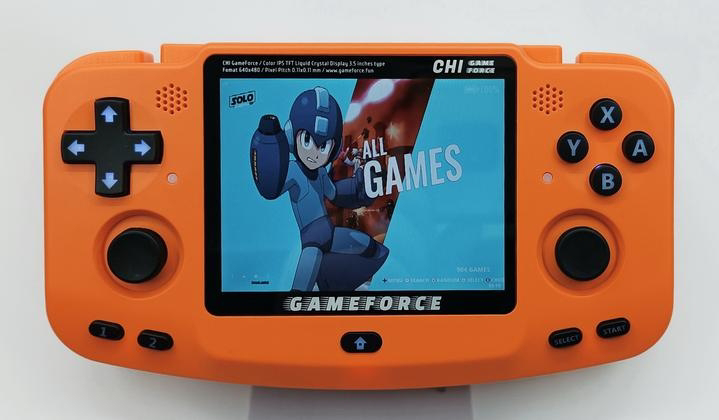