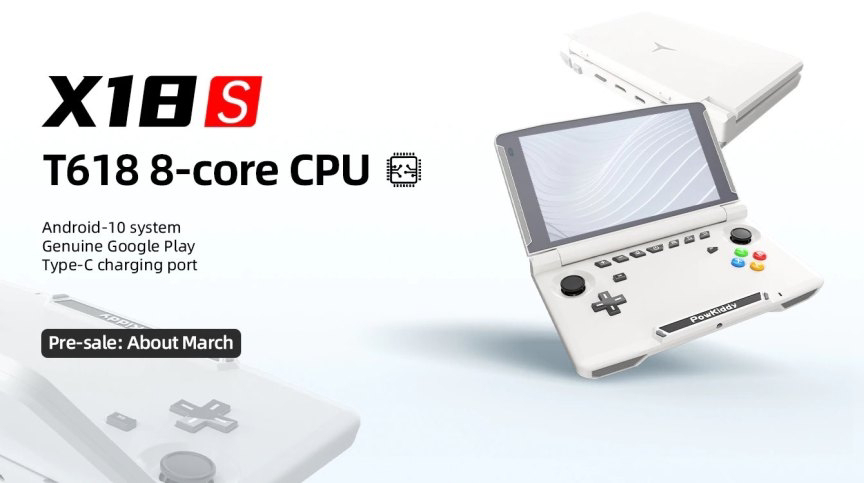 PowKiddy X18S Goes on Sale at the End of April, 2021.
The highly anticipated PowKiddy X18S was originally believed to be ready for release by March and they delayed until a possible mid-April launch. I shot them a message a few hours back asking about any developments and I was told that it WILL be on sale by the end of this month. No word on exact shipping date but it should be shortly after.
I'm sure the original delays likely had to do with various chips and parts shortages that are well-known.
On paper the X18S blows the X18 out of the water and will give the lower tier GPD devices a run for their money. My main curiosity will be how clean the Android build for the X18S will be. The build was an issue with the X18.
If the X18S running Android 10 stays in the $150 price range as some have guessed it will, it will certainly deserve a look considering it will be powerful enough to emulate Gamecube games etc and should have no problem at all running N64, DS and PSP etc along with some great Android games. It looks like it's main competitor would be the KT R1 but there hasn't been a lot of talk about the KT R1 in a while which isn't a great sign. I think going with a bright white shell was a pretty good move by PowKiddy. Visually it looks a lot more interesting than the very plain looking GPD devices but will it be better performing?
Obscure Handhelds had an interesting write up a while back about the specs and chip choice in the X18S. Definitely check out the write up here:
https://obscurehandhelds.com/2021/02/the-unisoc-t618-will-debut-in-two-new-handhelds/
POWKIDDY Official Store
https://a.aliexpress.com/_mMsVw2B