February 16, 2021
I had planned to review the TRIMUi Model S soon but I don't feel like it's something I could recommend for $50 at this point. I do see a lot of potential with this device so I'm holding out hope. There are developers working on custom firmware and the manufacturer of the Model S is still working on updating things. At minimum it's a good sign that they are actively working on problems. 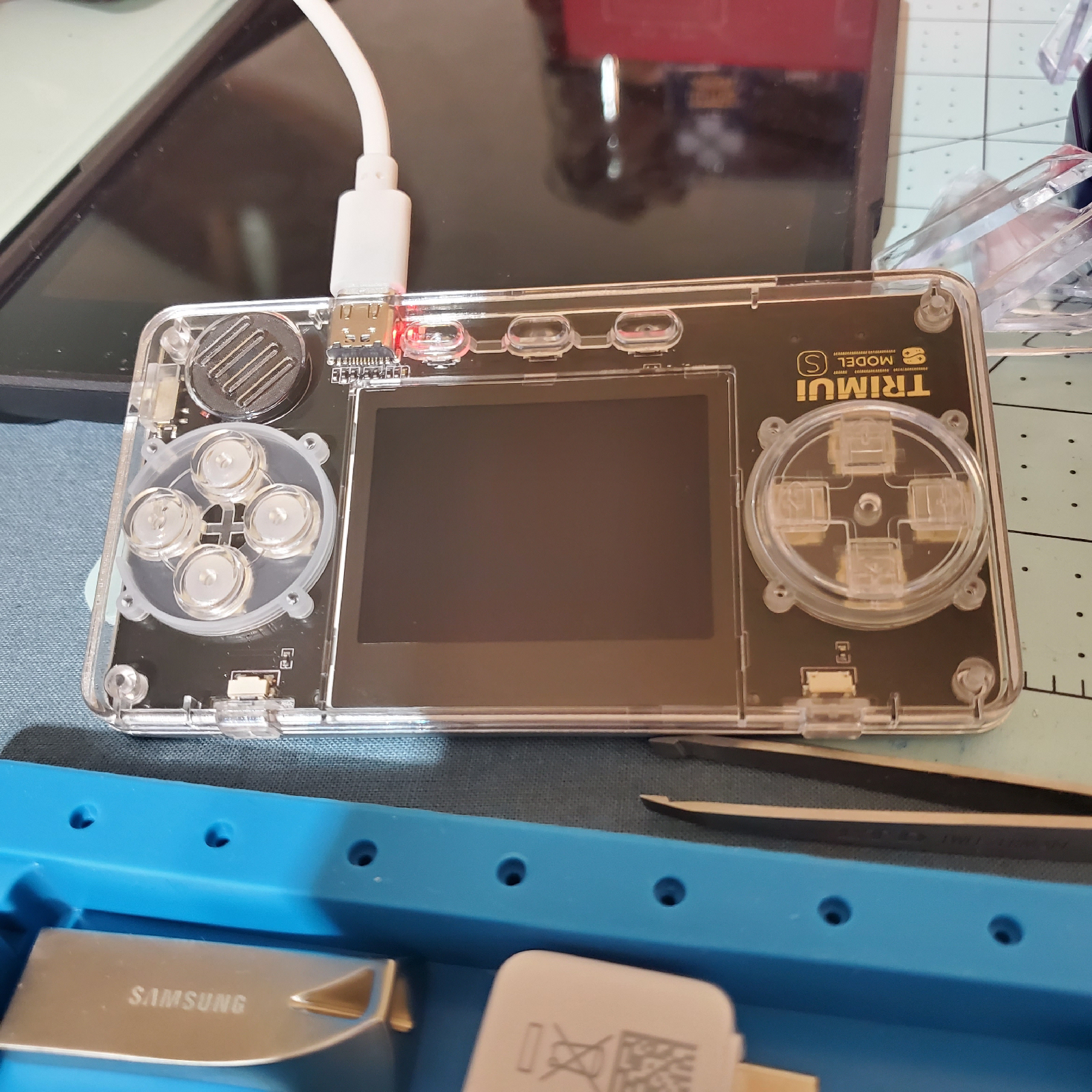 After updating to the firmware 0.105 I have noticed some definitely improvements with most of the emulators although screen tearing seems to actually be worse with Gameboy than it was originally. Sound issues are still hit or miss too. All in all there has been improvement but it's simply not there yet.
The biggest problem with this device is the screen tearing and other screen issues. There seems to be a problem with the screen driver not working well with the device.
I actually like the crisp buttons on the Model S, the solid build, convenient near wallet size and the looks.
Stay tuned as I'll hopefully make more ground with this device if they make more adjustments.